At the dawn of the Industrial Age, men’s underwear was beginning to resemble what we would recognise today. Gone were the loincloths, codpieces, and knitted hose.  Mass manufacturing of clothing became more commonplace and the advent of the industrial sweatshop occurred. Men would spend some of their monthly pay checks on mass-produced clothing, including underwear.

(Women finally joined the party and, for the first time, wore knickers in the nineteenth century. Stay tuned for that story another day!)

The word “pants” also came into being at this time. A character in an Italian comedy play, named “Pantalone”, wore clothes that came to his ankles – and in England these long pants became known as “pantaloons”. This was shortened to “pants”. The word “drawers” evolved as underwear was “drawn” on. By the late 1800s, men’s drawers became known as “pants”.

Manufactured “underdrawers” were often made of flannel, a soft woven fabric at that time made of fine wool yarn. Cotton fabric was becoming more commonly used as well, particularly in the United States.  And in colder climes, woollen underwear was popular. Some men had adopted a three-piece knitted wool sleep suit, containing a helmet, crewneck sweater and long drawers with feet.

Between 1850–1900, a man’s preferred choice of underwear was the “long john” – an all-in-one piece that covered the body from shoulders to ankles. It was invented when a very popular Boston boxer named John L. Sullivan wore long wool drawers during competitions. Long johns were available as either an all-in-one suit, known as a Union Suit,  or a separate vest and drawers. By 1895, they were available to buy in the US for 10cents, and came in a natural wool colour, grey or red. They were either knee or ankle length, buttoned down the front, and had “drop seat” at the back (openings for toileting, etc).

The all-in-one long john was most popular until as late as 1930.

Men’s underwear became shorter by the time of World War 1. No longer referred to as drawers, now referred to as pants or underpants, the first cotton boxer shorts were issued to soldiers for wear during summer months on the Front.

Up until the 1920s, muslin came into use and men’s undies were made of muslin-based nainsook, a soft, natural fibre. The 1920’s however, saw the introduction of per-shrunk fabrics which made for much more comfortable and serviceable undies. The boxer brief was now becoming more popular, and it came to mid-thigh.

By the 1400’s, men’s underwear was beginning to change – a lot. It was still uncommon for women to wear undies, per se – unless they were prostitutes, in which case their undergarments were most likely worn as outer-garments.  Men, however, did wear undies of a kind: Underpants had become a symbol of power and only the head of the household had the privilege of wearing them. The head of the household was, of course, a man.

A pair of men’s underpants was found under the floor of Longberg Castle in Tyrol, western Austria, in 2008. These have since been carbon- dated to the mid 1400s – and were of a style similar to today’s woman’s “string’bikini” – cotton with thin strings to tie the clothing at the sides.

The tunic as clothing for men disappeared by this time and was replaced by a snug fitting jacket called a doublet – worn with short breeches and hose. These male stockings were decorated with embroidery and even jewels if the man was wealthy. Hose either went to mid thigh, or were tied with ribbons below the knee and attached to the breeches. Early hose were made of linen or wool. By the time of Elizabeth I, hose were knitted which made for a much better, snug and comfortable  fit.

The codpiece was very fashionable in the 1500’s  – even armour had impressively large codpieces included. The codpiece began as a simple gusset in trunk-hose, which were short breeches reaching to mid-thigh. Over time the codpiece evolved into large, stiff stuffed phallic-shaped protuberances which were likely intended as “showpieces” to illustrate the man’s virility and masculinity. In reality, these were a handy place to store coins, sweets or snuff. Men of this era also padded their calves as a finely shaped muscular leg was considered most attractive.

The French Revolution marked the end of the trend for men to wear stockings with knee-breeches – and the fashion became to wear long trousers with socks underneath. Thus was born the “dandy” – well dressed men who took an extreme interest in looking their best at all times. Part of such a look was the men’s girdle.

These girdles were basically a male corset – to hold in the mid-section and facilitate a straight and upright posture. Comfort was of no accord where vanity was concerned!

Underwear was still an item improvised by its wearer – there was no commercially available product to buy. Wool or linen  was the material used and up to this time, personal hygiene was not much of a concern. With the coming of the Industrial Revolution, however, big changes were afoot…

All images and information gratefully borrowed from google.

With the weather cooling down, it’s time to hot up your legs with sexy, flattering hosiery.

Check out our great new lines, including loads from Platinum Hosiery today!

Whether you’re after fashion tights, opaques, fishnets, sheer pantyhose, knee-highs or footless tights, there is something for everyone here at the cheapest place online for all your underwear and hosiery desires:

A Short History of Underwear: Part 1 – The Ancients

Categories: Uncategorized
A Short History of Underwear: Part 1 – The Ancients
Underwear.  We (almost!) all wear it in one form or another. Briefs or Boxers, Trunks or Jockstraps, Panties of various kinds – the choices are wide and varied and what we individually wear depends upon our own style, comfort and, in many cases, preferences ingrained during our childhoods.  It’s not, however – especially if you are a man – something to which we tend to give a lot of thought. A little research, though, shows a history of the evolution of the humble undies that is quite fascinating and, at times, surprising.
In primitive times, when our ancestors usually roamed their world naked, the first nod to any kind of “underwear” was purely for protection – a hollowed, dried out gourd – basically a penile shaft – that was worn to protect the man’s genital area. Since then, men’s underwear has changed enormously   –   yet it remains a functional, at times protective item rather than the pointedly attractive covering that women’s underwear had evolved into (more on ladies undies another day).
Cavemen wore loincloths – these are documented in Ancient Egyptian tomb drawings and King Tutankhamun’s mummy wore a linen loincloth. Physical proof of loincloth wear was also noted upon the discovery of 3300 year old Otzi Man in the Swiss Alps:  his frozen corpse wore a leather loincloth under his cloak. Even medieval artists depict the Crucifixion with Jesus wearing a loincloth – whether he actually did we will never know for sure.
The Ancient Greeks wore no underwear at all!
The Ancient Romans adopted longer underwear, similar to shorts or trunks,  to be worn with their short tunics, and eventually also under togas. Women, who still wore longer dresses, as such did not at this time tend to wear any “underwear”.
During the first millennium AD, the wearing of “underpants” became more commonplace – the nobility wore fitted breeches, which fell to anywhere below the knee, while the working class wore looser, baggy breeches. Both were usually made of linen. Peasants, however, were still known to wear linen loincloths (even, in some places,  up to the nineteenth century).
By the time Knights wearing armour were commonplace, underwear had a new purpose to serve: protection against the cold, hard metal. Padded loincloths came into vogue…
Next Week: Part 2: Medieval Undies

Are you wearing the correct size bra?

Are you wearing the correct size bra?

Below is an easy guide for you to work out yours at home: all you need is a tape measure.

The “underarm” measurement is actually around your chest directly under the breasts.

The cup is measured around the fullest part of the breasts with the tape measure parallel to the floor.

Note we use “inches” when determining bra size! 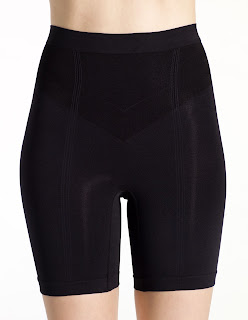 All of us at Undiewarehouse are very pleased to announce two sensational new shapewear lines now available from Cantaloop:

Especially designed to help women regain their shape after pregnancy, these great products provide extra support to the tummy area, while remaining comfortable enough to wear for special occasions or everyday.

Made from soft, breathable material, you will find these Reshapers so comfortable you’ll wonder why you never wore them before!

Get yours today at www.undiewarehouse.com.au

All the top brands you love – but no need to pay top dollar! Visit www.undiewarehouse.com.au today to save.