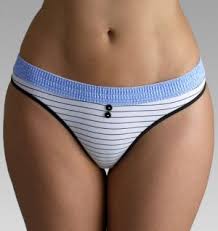 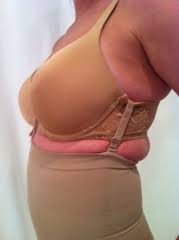 Everything in moderation – what better reason than to have an underwear wardrobe containing many kinds of undies?

Most of us might not know a lot about the Mormon religion, but one thing many are aware of is that Mormons must wear “sanctified” or “sacred” underwear. Is this true? Or is it just a myth?

While most Mormon children wear undies the same as any other child, it is a fact that most faithful, adult members of the Church of Jesus Christ of the Latter Day Saints (ie, Mormons) do wear a special underwear garment which is directly related to the Mormon temple.

Referred to by Mormons simply as “Garment”, this is an item of apparel worn under the clothing and against the skin. As such, it replaces normal underwear for most. It is a symbolic representation of the promises the faithful Mormon has made to God. Not exactly “sacred”, but it is “secret”. The Garment is worn for the first visit to Temple, where individual instructions are given as to its wear and care, and a sacred ceremony referred to as the Temple Endowment is undergone. From this time, the Garment must be worn day and night, as a permanent reminder of the covenant made by the wearer to the church. The point of it is to foster a continuous and constant obedience to God, helping the wearer keep his or her focus.

Mormons believe that Adam and Eve wore clothing made for them by God when they departed from the Garden of Eden; modern day Mormons wear the underwear apparel in this same context.

The Garment serves to remind the wearer that he or she is apart from the rest of the non-Mormon world. The length and modest cut of this underwear requires the wearer to dress modestly. The only times the garment is allowed to be removed are briefly for swimming, going to the toilet, or for marital intimacy. 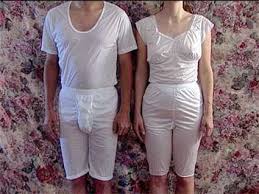 Consisting of two pieces, a top and a bottom, the underwear is always white, unless required by members of the armed services, in which case suitable colours are substituted.

Weird? To non-Mormons, maybe, yet other religions have their own apparel requirements. For example, Jewish men wear a yarmulke (head cap); Christian ministers wear a clerical collar; Buddhist monks wear saffron and orange robes. Muslim women may choose to wear the hijab (head scarf). All serve to reflect the religious convictions of the wearer.

But Mormons are the only ones with religious underwear.