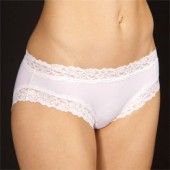 The Un-Hidden Power of Undies…

Superman, Batman and Robin, Wonder Woman, Flash, The Green Lantern, The Incredible Hulk, Aquaman, Captain America, Captain Marvel, Wolverine, Spiderman… the list goes on. Aside from being Super-Heroes, what else do they all (and their counterparts) have in common? They ALL wear their underwear on the outside.

Does wearing one’s undies over tights, a leotard, or a catsuit, for the entire world to see, instill one with superhuman powers?

Exterior underwear is the oldest of superhero conventions. The explanation for why this is so was provided by Julius Schwartz, who was the editor of DC Comics between 1944 and 1986. Back in the day when many of these heroes were created in comic strips, during the first half of the twentieth century, their appearance was based on what circus trapeze artists and wrestlers of the time wore – yes, costumes with tights or leotards, often worn with trunks over the top.

The leotard was a plain, full bodysuit which was tight all over and enabled a full range of comfortable movement.

Identifiable undies were given to superheroes because the plain leotard was somewhat boring. They made a distinction between the legs and the torso. Superheroes were given additional items such as masks, capes, belts, and underwear. These accessories gave the hero their identity. The very first Super Hero to be drawn in this way was Flash Gordon, in 1934. He was the inspiration for the original Superman in 1938 – and Superman was the first of these heroes to wear a cape.

(Incidentally, did you know that Superman was first conceived not as an alter ego of  good guy Clark Kent, but as the alter ego of bad guy Bill Dunn, who was set on overtaking the world in 1933? Strange but true!)

Today’s incarnations of our favourite superheroes have, for the most part, graduated from the undies-on-the-outside aesthetic.

So there you have it! It’s not because most Super heroes were orphaned in their infancy and had no parents to tell them how to wear their underwear correctly. It’s not because they wear undies on the outside on Krypton. It’s all about the era they were born in and the circus performers of the time. And identification.